After Eden by Helen Douglas 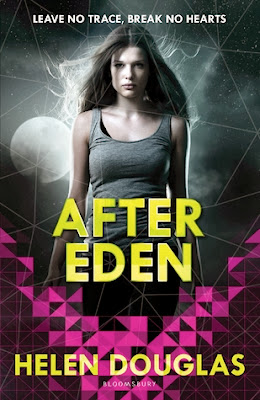 
Eden Anfield loves puzzles, so when mysterious new boy Ryan Westland shows up at her school she's hooked. On the face of it, he's a typical American teenager. So why doesn't he recognise pizza? And how come he hasn't heard of Hitler? What puzzles Eden the most, however, is the interest he's taking in her.
As Eden starts to fall in love with Ryan, she begins to unravel his secret. Her breakthrough comes one rainy afternoon when she stumbles across a book in Ryan's bedroom - a biography of her best friend - written over fifty years in the future. Confronting Ryan, she discovers that he is there with one unbelievably important purpose ... and she might just have destroyed his only chance of success.


Review:
“Although it seemed impossible, the evidence was staring me in the face…
Ryan Westland was from the future.”
Ryan Westland shows up at Eden Anfeild's school.  He's gorgeous and American, but seems like a normal teenage boy.
So why doesn't he know things everyone knows?  He doesn't recognise pizza or burgers – he’s never even heard of Hitler.  And, even though all the girls are hanging onto his every word, the only one he seems to pay any real attention to is Eden.
As a puzzle-lover, Eden is determined to crack all of Ryan's secrets.
She starts to fall for him instead. 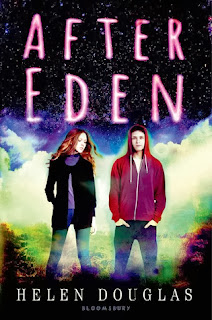 Until she finds a book in his home – a book that was written decades after her time.  A book that is a biography about her best friend.  A book that is impossible.
As the pieces fall into place, Eden is forced to confront Ryan.  The truth... it's life-changing.  Maybe... maybe even world-changing...
After Eden landed on my doorstep in the morning, I began to read (sorry, I couldn’t resist the pun).  I finished it in one sitting – in a matter of hours.  It was seriously freaking addictive.  It was also really not what I was expecting!  It was sweet and exciting and so easy to read.  Younger teens will just love it and gobble it up!  Heck, even older ones will, given the speed I zoomed through it!  It may not have been stunningly unique, but it was good fun.
Ok, Eden...  She was seriously naive.  A bit like Clary - I mean, hello!  Could it be any more obvious that your best mate is into you?  And yet she didn't see it – even after Ryan pointed it out!  Le sigh.  But, other than that, I liked her.  She was sweet and clever and funny and took the news really well.  I liked her sense of humour and her strength.
I really liked Ryan – he was funny and mysterious and sweet.  But his mission dedication was a bit weird.  Yes, I'm here to save everything, but hey!  Cute girl.  Forget the world – let's get my flirt on!  And yet even as I say this...  He was really sweet and I really did like him.  What can I say – apparently, I like time travellers!
The romance in this was really sweet and quite subtle.  It wasn't The Main Thing, if you know what I mean.  Despite Ryan's tenuous mission dedication, the main point of the book was World Saving.  And I liked that.  I also really liked Ryan and Eden's relationship – it was really sweet and kind of innocent.  It was just really cute! 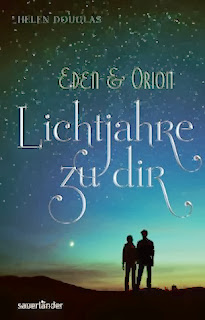 I loved a whole bunch of the other characters in the book, even if they weren't in it all that much.  Especially Connor – I think I have a thing for surfers.
I liked Eden's voice – it was really quite simple and easy to read.  But the dialogue at times...  I've gotta say, sometimes it felt a bit... forced.  I don't know why...  But other than that I loved Eden's voice – she felt like a real teenager and, being the same age, I could relate to her.  But younger people will relate to her, too, because I've gotta say, I'm not quite as... naive as her, to put it nicely...  Which doesn't make any sense, but still.  Relatable and easy-to-read writing.  Win-win!
Moving on... To the plot, which was pretty much always awesome.  I did see a few of the twists coming but I was hooked nonetheless.  It was so fun and exciting and really quite fast-paced!
And I loved that After Eden was set in England at the beach.  So few books I read are British – especially sci-fi/time-travel books like this!  I literally did a happy dance when I saw the setting!  But on the topic of time-travel, the book really did make all the sci-fi things seem real.  I like that.  Stupidly farfetched sci-fi books get on my nerves.
All in all, After Eden was a brilliant little book that I loved.  It was sweet and fun and a brilliant escape.  It also didn't end on a horrible cliff-hanger – yes, the ending was a little bit... conveniently predictable, but it was cute and I liked it, so there.  I'm excited for Chasing Stars – I'll be looking forward to my fun beach-y British book next summer!  And for those of you who want a cute, fun, Doctor-Who-ish, addictive, read-in-one-sitting book, you've gotta pick up After Eden.  You won't regret it!

Read this book if you liked:
Timedance Series by Susan Waggoner
Unravelling by Elizabeth Norris
Repossession by Sam Hawksmoor


* This book was received from Bloomsbury in exchange for an honest review
Posted by TheBookAddictedGirl at 06:16 2 comments: