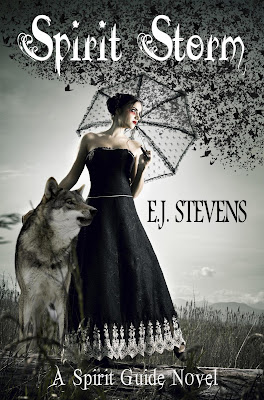 Series: Spirit Guide, Book Two
Publisher: Sacred Oaks Press
Format: Kindle
Published: 13th December 2010
Number of Pages: 210
Book: For Review From Author*
Genre: Ghost Story, Paranormal, Dark Romance, Urban Fantasy, Murder Mystery, YA
Recommended Age: 12+
Contains: Violence, Death
No Alcohol, Drug References
Available On: Amazon (Paperback, Kindle), Barnes & Noble (Paperback, Nook), Smashwords (eBook) and The Book Depository (Paperback)
Author's Blog: From The Shadows
The Spirit Guide Series
"Let the spirits guide you, but never let them take you."
Spirits of the Dead are coming...
Yuki is about to face an army of lost souls on Samhain, the night of Halloween, when the spirits of the dead roam free. Yuki will need all the help she can get from her friends, but will Calvin be there for her when she needs him the most?
Review:
Yuki is special: she can smell the dead.  She is also running out of time.  Samhain is fast approaching – as is the storm of spirits it will bring with it.  Yuki needs to find a way to get through the night.  Preferably with her sanity.  To make everything worse, a murderer is out there – a murderer who seems to be targeting werewolves.  And then, just when Yuki is starting to think that her life cannot get any better, a disaster strikes.  And still, time is running out.  On the bright side, she’s found something to deal with her ghosty problems.  The downside?  It involves stealing.  From witches.  Wonderful, just wonderful…
Oh, how I missed Yuki!  Which proves how addictive this series is, seeing as I read Spirit Storm straight after I finished She Smells the Dead, but there you go.  And what a wonderful sequel!  It was just as quirky, cute, fun and such a pageturner!  I found myself sitting in bed, my kindle on my lap, reading way into the wee hours.  I love this series!
Vanessa Stennings, more commonly known as Yuki, was just as wonderful as she was in the first book!  She had the craziest ideas (wearing a shirt full of safety pins to keep the spirits away.  Who else?), as well as being insanely excitable and energetic.  Her dress sense: amazingly wacky, featuring gourd spiders and shoulder-bag pumpkin ghosts.  And they were called Legs and Boo.  Don’t you just love her already?  She’s so cute, hilarious, and her wonderful madness was just contagious!
Calvin Miller was amazing.  And also an alpha wolf.  Basically, he says “jump”, the other wolves say “how high”.  He, too, was wonderfully mad.  And adorable.  He was so brave and strong: just what Yuki needed. And, I can tell you now, that Cal and Yuki were the cutest.  Ever.  They’re soulmates, but it actually works.  Cal’s soul is special: he has a spirit wolf.  And Yuki’s just plain special: hence, she smells the dead.  So, really, it’s more spirit mates.  Either way, they’re adorable.  So, so, so, so, so cute!  It also felt wonderfully real, all the way through the book.  It was the light in the spirity dark.
Emma was officially the best friend ever!  She was totally sweet and the “normal” thing grounding Yuki.  Plus she was completely addicted to research – how completely weird?  And she Training to be a vet, Emma named her cats Van Gogh and Chairman Meow!  Plus, I love her diabolical plans…!
Simon was kind of a jerk.  He was also sarcastic and very funny.  And a wolf.  An old one!  Seriously, he was born with the wolf spirit.  Which meant he was kind of, in Yuki’s own words, “off”.   He was, uh, “ancient”.  Y’know.  Thirty!
Man.  In the first five pages: a murder!  That is just how I like my thrillers!  And a deranged, symbolic, werewolf-hating murder?  Does it get any better?  Yes.  When you throw in ghosts, eminent danger and a brilliantly wacky heroine.  I adore E.J.’s writing and plot, even if some parts felt a little skipped-over, a little anti-climatic.  But the ending?  Wow.  Let’s just say, if I didn’t already have the third book, there’d be a pretty impressive chance that I’d lose my sanity!
Plus, on a completely unrelated topic, isn’t this cover just the most beautiful thing ever?
Star Rating:
4½ Out of 5

Read this book if you liked:
She Smells the Dead by E.J. Stevens
Soul Screamers by Rachel Vincent
Vampire Academy by Richelle Mead
Challenges It's Taking Part In:
100 Books in a Year Reading Challenge 2011 (Hosted by Book Chick City)
2011 eBook Challenge (Hosted by The Ladybug Reads)
Happy Reading
Megan
* This book was received from author in exchange for an honest review
Posted by TheBookAddictedGirl at 09:34

I didn't fully read this, I skimmed to see what your rating was. I haven't read book 1 yet so I dont want to spoil anything.. I see that you liked it alot, and i've had my eyes on this series for a while.. I think im def going to have to give it a try. :)

I want this book!

This sounds very cool and I love that cover!

I love this series! It's so good. :) Simon grows on me more and more with each book. lol! I really can't wait to read the next book. :)

April: You totally should give it a try! It's brilliant! :D
Vivienne: They're amazing!
Midnyte Reader: It's awesome! And the cover is just gorgeous. :D
Christy: He really does! I've just started it - amazing! Thanks! :D