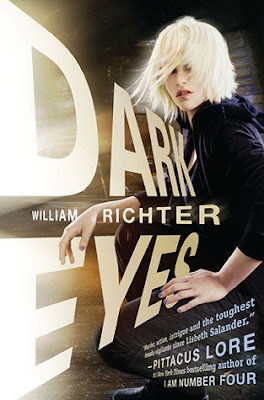 Danger is both her past and her destiny.
Born in Russia, but adopted by a wealthy American family, Wallis Stoneman has lived a life of glamorous luxury.  But, aged sixteen, she rejects the world that doesn’t feel like her own to live on the streets of New York.
Now life is tougher than Wallis imagined – and it’s about to take a deadly twist.  When Wallis discovers her real father’s identity, a fight to stay alive begins.  Because Wallis’s real father is a terrifying Russia gangster on the hunt for her mother.
And he’ll stop at nothing and no one – even his own blood – to find her… 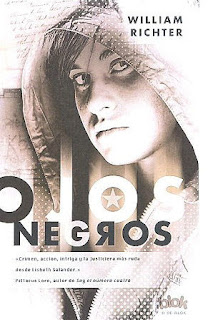 "This is a most dangerous man," Wally read the note aloud, a chill passing through her as the words crossed her lips.  "He has driven us apart.  If you see him, you must run…"
Before Wally became Wallis Stoneman, she was the orphan Valentina Mayakova in a Russian orphanage.  At the age of five, she was adopted by a rich American couple.
Eleven years later, Wally is living on the streets.  Her parents are divorced: she never felt at home in her adopted world anyway, so she left it all behind.
Wally didn’t think she’d ever know where she really came from – she’d tried before with no avail.  But one day she’s given an envelope that holds the key to unlocking her past.
The saying what you don’t know can’t hurt you definitely applies in Wally’s case – her father is a very, very dangerous man, a Russian gangster.
And he’s willing to do absolutely anything to get to Wally’s biological mother.
Including hurting Wally herself…
From the second I lay my not-so-dark eyes on this book, I knew I'd love it.  I’d actually wish-list-ed it a while back, based purely on its brilliant cover.  And when I saw it was compared to The Girl With the Dragon Tattoo, I knew I simply had to read it!  And, boy, did it not let me down!  It was like a thriller movie, one of those you can't look away from, even when you want to hide behind your hands!  But the movie-awesomeness aside, what I loved most was that this book shied from absolutely nothing, that it doesn't handle its readers with kid gloves.  There is so many amazing things about this book and less than nothing I can complain about.  Teens will love it, their parents will love it and if it was made into a movie, it would so kick butt!
The characters were all so amazing and 3D.  I loved how we knew all their backgrounds so we could understand their motives.  Knowing why is just as important to me as knowing a character.  It meant I loved my characters more.  Wally herself was amazing and so worthy of the comparison to Lisbeth Salander.  She was tough, brave, smart, fiercely independent and, quite frankly, a total kickbutt badass!  She was willing to sacrifice everything to help others, to save the ones she loved, which of course made me love her even more. I loved the family-like feel between Wally, Tevin, Ella and Jake.  They may not have been related, but the four of them were a family.  Ella had to be my favourite – “Magic Ella” – but Tevin was really cute too.  Tiger was a mobster, but he had such a vulnerable side and had a really heart-breaking motive for everything he did: I just wanted to help him find a way out.  I really loved Claire and Detective Greer.  Alexei Klesko, on the other hand, was scary as hell!
The writing was amazing – like a movie playing in my head.  It was a gritty, harsh-reality kind of style that held absolutely nothing back.  I loved the style.  I also loved that although it was in third person, we still really got to know and love Wally.  And it was so powerful too: I was scared, worried, happy, terrified, devastated… Richter’s writing was just amazing.  It blew me away.  As for the plot, I loved it!  It was all so suspenseful and raw that I barely had time to think about what could happen.  Everything about this book was a shock and it was one of those where I had no idea who would live.  I felt like no one was safe.  Terrifying!  And it was one of those where you start reading and before you know it, you've finished the book.  One you just can't put down!
So many YA books talk down to teens, treat them like they’re still little kids.  I hate it when they bubble wrap things – teens see it on the news, live in the same world the adults are in!  Ok, rant over.  The point is, this is a book that treats teens like they want to be treated.  It shies away from nothing.  We’re bluntly told of the sexual assault that happened to a younger Ella, as well as life on the streets, beatings, drugs, shootings, killings: nothing was taboo or left well alone.  And, oh, how I loved it.
A gritty, thrilling, shocking read that had me hooked from start to finish.  I wish all YA thrillers were just like this!  It was so powerful, so hard hitting, so just…. Whoa.  This is a book that holds no punches, hides nothing, keeps nothing back.  An honest book.  It was stunning.  Beyond amazing.
Yeah, I loved it!  I think Dark Eyes is the new face of YA.  Please, please make this a very, very, very long series for me, Mr Richter!  I beg you!

Read this book if you liked:
Kill All Enemies by Melvin Burgess
The Girl With The Dragon Tattoo by Stieg Larsson
Cherub by Robert Muchamore
This Is Not Forgiveness by Celia Rees

Challenges It's Taking Part In: