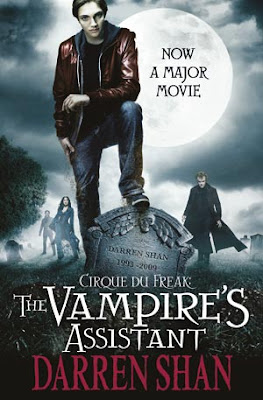 great review!! but i have a quick question- im a bit confused! so is vampires assistant the 2nd book in the saga? how does that work with the movie??

I loved this book too! And Tunnels of Blood was awesome : ) I don't know why the movie is American, because Darren is Irish. (yay!) Fab review!

By the way ( and I don't mean this in a bad way!) this book doesn't count in the British Books Challenge because Ireland isn't part of Britain (apart from Northern Ireland, but Darren's from Limerick) and Irish authors don't count.