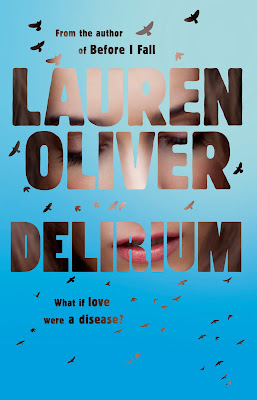 This sounds amazing! I've heard a lot about how beautiful the writing is and I really want to read it! Brill review : )

AMAZING review! I can tell how much you loved this book! I want to read it right away! ;)

Hi thanks for the follow! I am following you now too!

I'm so excited that you loved this book and gave it a great review! I just bought it and now I can't wait to read it :)

I also liked this book.

Agreed! So beautiful. I really love the emotions you described going through when reading this book.

I've just blogged about this one. I am another one that really enjoyed it.

Cliona: You should read it: it's so beautiful and amazing!
YA Vampire Books: Thanks! You should really read it too!
Larissa: Thanks for the follow!
Shaylene: I'm glad I influenced you so much! And you really should read it asap!
Sara: Happy Hop back, and glad you liked it too!
Aylee: Thanks! I tried to get the emotions in my review: glad I managed to!
Jules: Glad you enjoyed it too, this is one of my favourites, and my favourite dystopia!
Thanks for all the comments!

Heroin, Meth, Vicodin and OxyContin all are these powerful opiate remains one of the most dangerous in the world. The constant fear of overdose, long-term health problems, life can experience problems with their drug use, regardless of age, race, or background.
alcohol rehab indianapolis