Ok, since On My Wishlist has gone now, I've decided to do my own version.  It shall be called The Book Addicted Girl Wishes For...  The picture below is a super quick edit; I'll make a better one later!  :D 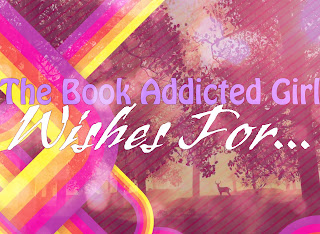 Anyways, this week I am wishin' for... 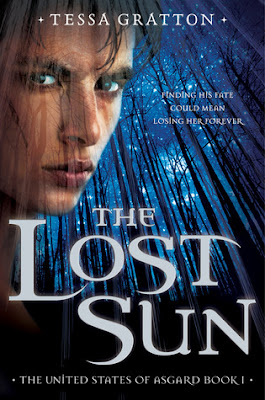 The Lost Sun
Series: The United States of Asgard, Book One
By: Tessa Gratton
Published: 25th June 2013
Published By: RandomHouse
Found: On Goodreads' YA Novels of 2013 Listopia

Synopsis From Goodreads:
Fans of Neil Gaiman's American Gods and Holly Black's The Curse Workers will embrace this richly drawn, Norse-mythology-infused alternate world: the United States of Asgard.
Seventeen-year-old Soren Bearskin is trying to escape the past. His father, a famed warrior, lost himself to the battle-frenzy and killed thirteen innocent people. Soren cannot deny that berserking is in his blood--the fevers, insomnia, and occasional feelings of uncontrollable rage haunt him. So he tries to remain calm and detached from everyone at Sanctus Sigurd's Academy. But that's hard to do when a popular, beautiful girl like Astrid Glyn tells Soren she dreams of him. That's not all Astrid dreams of--the daughter of a renowned prophetess, Astrid is coming into her own inherited abilities.
When Baldur, son of Odin and one of the most popular gods in the country, goes missing, Astrid sees where he is and convinces Soren to join her on a road trip that will take them to find not only a lost god, but also who they are beyond the legacy of their parents and everything they've been told they have to be.
Ok, call me a nerd but after the Marvel movie Thor I have kinda had an obsession with Norse mythology.  But I never seem to be able to find any Norse-inspired books.  And now... YESSS!!!  Not only is it Norse-inspired, but it is also recommended for readers of two of my favourite authors as well as written by one of my favourite authors!  All of this = YAY!!!!!!!  *happy dance*  Can't wait! :D

Well, that's my wish.  What are you wishing for today? :D
Posted by TheBookAddictedGirl at 00:30