This Is Not Forgiveness by Celia Rees 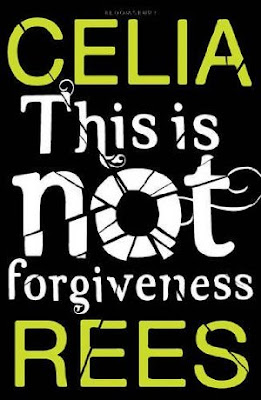 Read this book if you liked:
Celia Rees' Historical Novels
Saving Daisy by Phil Earle
Before We Say Goodbye by Gabriella Ambrosio
Kill All Enemies by Melvin Burgess
Challenges It's Taking Part In:
100 Books in a Year Reading Challenge 2012 (Hosted by Book Chick City)

This looks amazing, I really want to read it! Brilliant review!

I have this book, but I couldn't really get into it. Your review has persuaded me to give it a go again, thank you :D

I've not read anything by Celia Rees. I have to admit that I don't like like, chill-tingling reads but this sounds like one I could enjoy.

Awesome review! I've never read books by the author but maybe I should give this book a try! So glad that you enjoyed this book! :)

Hi Book Addicted Girl, Thanks for your excellent review, intelligent, heartfelt and insightful. I hope you persuade some of your followers to give the book a whirl.

Cliona: I really recommend it! Thanks! :)
Zoe: I hope you love it as much as I did! It's really worth reading!
Hollie: Thanks! It IS a brilliant book!
Rosalind: It's an amazing book - really shocking in a great way. I hope you give it a go!
Hilda: I recommend you give it a go - and all Celia's other books. She's one of my favourite authors. Thanks! :)
Celia: I CAN'T BELIEVE YOU JUST LEFT A COMMENT ON MY BLOG! Ok, fan moment under control again. Thank you so much! I loved it - and can't wait to meet you in March at the Bloomsbury event. x

Thanks everyone for your comments - and I hope I persuaded you to give This Is Not Forgiveness a read! :)

This Is Not Forgiveness is a remarkable book, unsettling and thought provoking, I feel it may be most suitable for mature young adults.

Rocky beginning but great buildup to an explosive ending that tackles real-life issues. Very psychologically twisty and if you can get past that beginning, a quick read where you have to know how it all ends.

Zia
I found the best 7.3 Injectors