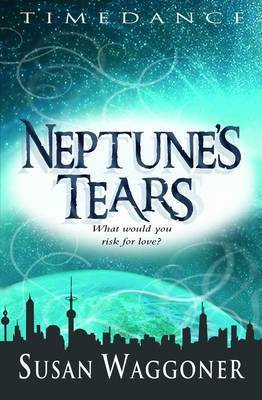 It is love against the odds.  There is his world, and there is hers.  How can they feel so connected?
It’s 2218 and Zee McAdams is in her second year as a healing empathy at a busy London hospital.  When a mysterious young man arrives for treatment, Zee’s hard won calm is pierced.  She will need all her courage if she’s to follow her heart.
Especially when David reveals a devastating secret.

Review:
“Zee didn't think so.  She had no intention of falling in love.”
Zee McAdams is an Empath at a hospital - a healer.  She's determined she will never fall in love - to do so would be risking her gift and ability to help people.  And Zee does not want that - not ever.
And then David comes in: mysterious David who she has a connection with instantly.
Even though he's from a planet Earth doesn't trust.
Even though he's holding back and keeping secrets.
So when David finally reveals his terrible, dreadful secret, Zee is forced to make a potentially devastating decision...

I do so love sci-fi-paranormal type books and Neptune's Tears was pure awesomeness.  I found myself speeding through the book.  It was utterly addictive and so darn hooking it was untrue.  I read the whole book in a single sitting, storming through it, desperate to know how it ended.  And now?  Well, I need the next in the series.  Like, ASAP!
I really did love the characters in this book.  They were all so real and amazing.  I loved them and was devastated when something bad happened to them - especially as my favourites were all hardest hit.  Zee was such a brilliant character - cheerful, full of life, caring, relatable.  She was so intuitive and so good with people,  as well as being so totally quirky and alive; a character you can totally get behind.  As for David, he was totally hot and mysterious.  He was intriguing and really likeable, even though we knew next to nothing about him and his world.  Then, well, he intrigued me even more!  I also loved Mrs Hart and Rani: both were wonderful characters.
As for the relationship between Zee and David - I must say, normally I do not like insta-love.  But what with the whole Empath thing, the instant connection made total sense and actually really worked - plus it meant the book could move on really quickly and excitingly.  I loved watching them together, watching how their bond grew.  It was so sweet.
The writing was simple and to the point.  It was descriptive and light, letting me visualise everything in my head.  Awesome!  It's written in such an easily readable way - everyone will be totally addicted, just like me.  And the plot was equally and infuriatingly addictive and so much more than just a fluffy romance.  There were Empaths and aliens too!  Yay!  And the ending: I am so desperate for the conclusion to the series!   I need it!  Plus, I did not see that final twist coming.  Like, at all.
Plus, I loved this future world - no dystopia, though guys, which is kind of a nice change - and all the technology: much of it was terrifying, though, like the shock bombs.  Plus, future world with paranormal stuff too!  I just loved all the Empath stuff - it was all so cool, especially the visualisation and healing bridge energy!  The way Waggoner wrote it all so realistically made all the visualisation and energy stuff totally plausible and simply a fact to me.  And I loved learning about Daniel's world Omura.
I must say, Neptune’s Tears managed to have several of my pet peeves without actually making them annoy me.  The insta-love in the book worked and I actually liked it and thought it was perfect.  Zee didn't know how pretty or whatever she was, without being annoying as hell.  Kind David managed to pull off that stupid, masochistic push-you-away-to-protect-you thing and make it really sweet and purely protective.  I am now pretty sure that miracles exist!
With romance, aliens and a bundle of mysteries, Neptune's Tears had me hooked start to finish.  I loved every second, all the action and intrigue and lovey-dovey stuff.  I loved the whole Empath thing most though.  But with a story as intriguing as this, as heart-warming and emotional, how's a girl meant to wait til next year to know how it all ends?!  Especially with that freaking ending!  Argh!
Safe to say, I'll be first in line for Starlight Edge...

Read this book if you liked:
The Pledge by Kimberly Derting
The Lorien Legacies by Pittacus Lore
Across The Universe by Beth Revis

Challenges It's Taking Part In:
100 Books in a Year Reading Challenge 2012 (Hosted by Book ChickCity)
Happy Reading
Megan
* This book was received from Picadilly in exchange for an honest review
Posted by TheBookAddictedGirl at 00:00

OMG WOW....after reading this review....WOW i need to get this like ASAP and no dystopia here....man i seriously need to check this.

Thank you! I'm so glad I managed to win you over! Hope you like the book! :D

I just finished the book last night! I love it so much! now I have to write an essay on it haha....