Here's my wishlist for this week.  Early for once.  I'm impressed with myself.  ;)

Shade
Series:  Shade, Book One
By: Jeri Smith-Ready
Published: 2nd September 2010
Published By: Simon & Schuster Children's Books
Found: On Sammee (I Want To Read That)'s Blog
Synopsis From Goodreads:
Best. Birthday. Ever. At least, it was supposed to be. With Logan's band playing a critical gig and Aura's plans for an intimate after-party, Aura knows it will be the most memorable night of her boyfriend's life. She never thought it would be his last.
Logan's sudden death leaves Aura devastated. He's gone.
Well, sort of.
Like everyone born after the Shift, Aura can see and hear ghosts. This mysterious ability has always been annoying, and Aura had wanted nothing more than to figure out why the Shift happened so she can undo it. But not with Logan's violet-hued spirit still hanging around. Because dead Logan is almost as real as ever. Almost.
It doesn't help that Aura's new friend Zachary is so understanding--and so very alive. His support means more to Aura than she cares to admit.
As Aura's relationships with the dead and the living grow ever complicated, so do her feelings for Logan and Zachary. Each holds a piece of Aura's heart...and clues to the secret of the Shift.
I found this on Sammee's blog, and I think it looks incredible.  The idea of the Shift is intriguing , and I want to know the secrets! 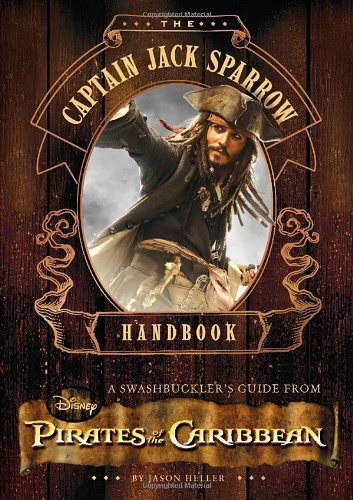 The Captain Jack Sparrow Handbook
By: Jason Heller
Published: 5th May 2011
Published By: Quirk Books
Found: On Sammee (I Want to Read That)'s Blog
Synopsis From Goodreads:
He’s the most popular pirate in motion picture history—and now The Captain Jack Sparrow Handbook offers his fans an insider’s guide to all the dirty tricks of the buccaneer’s trade! Complete with step-by-step instructions, helpful diagrams, and full-color photography from the Pirates of the Caribbean films, this nautical treasure trove arrrrrrrrrrrticulates such vital and colorful information as: Arriving just in time for Captain Jack's long-awaited return in the blockbuster Pirates of the Caribbean: On Stranger Tides, this fiendishly adventurous handbook is essential reading for pirate loves, Johnny Depp fans, and all-around rogues and rapscallions of all ages.
•  How to Sail a Ship
•  How to Survive Being Marooned
•  How to Break a Curse
•  How to Fight Six Angry Men in a Tavern
•  How to Recruit a Crew
•  How to Cope with Mermaids
•  And much, much more!
Call me sad, mad, weird, anything.  This looks amazing.  I love Pirates of the Caribbean, and I really want this!  Sounds like good fun!  (: 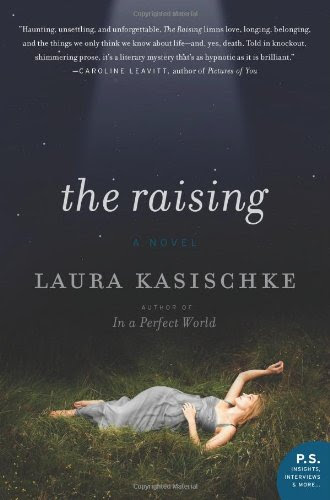 The Raising
By: Laura Kasischke
Published: 15th May 2011
Published By: Harper Perennial
Found: On Lilly Bear (Book Lungs)'s Blog
Synopsis From Goodreads:
Last year Godwin Honors Hall was draped in black. The university was mourning the loss of one of its own: Nicole Werner, a blond, beautiful, straight-A sorority sister tragically killed in a car accident that left her boyfriend, who was driving, remarkably—some say suspiciously—unscathed.
Although a year has passed, as winter begins and the nights darken, obsession with Nicole and her death reignites: She was so pretty. So sweet-tempered. So innocent. Too young to die.
Unless she didn’t.
Because rumor has it that she’s back.
Wow, doesn't this look great?!  I really wanna read this one.  I want to know if she's back, and how.  Yes, this looks amazing.

Minder
Series: Ganzfield, Book One
By: Kate Kaynak
Published: 18th July 201o
Published By: Spencer Hill Press
Found: On Lilly Bear (Book Lungs)'s Blog and Sammee (I Want To Read That)'s Blog
Synopsis From Goodreads:
Sixteen-year-old Maddie Dunn is special, but she needs to figure out how to use her new abilities before somebody else gets hurt. Ganzfield is a secret training facility full of people like her, but it's not exactly a nurturing place.
Every social interaction carries the threat of mind-control.
A stray thought can burn a building to the ground.
And people's nightmares don't always stay in their own heads. But it's still better than New Jersey. Especially once she meets the man of her dreams...

I like the look of this, and I've seen lots of positive reviews on it.  Plus, you gotta love secret training facilities.

Sisters in Sanity
By: Gayle Foreman
Published: May 2009
Published By: Harper Teen
Found: On Jessica (Thoughts At One In The Morning)'s Blog
Synopsis From Goodreads:
"Where are they taking me?"
"It's for your own good, Brit," Dad said.
I was shoved into a small, stuffy room, and the door was locked behind me. I waited for my dad to realize he'd made a terrible mistake and come get me.
But he didn't.
For sixteen-year-old Brit Hemphill, it's hard to know who she can trust. Convinced she's out of control, her father has sentenced her to Red Rock: a center for supposedly rebellious teens, where the therapy consists of name-calling and the girls who get privileges are the ones who rat out their peers.

But then Brit meets V, Bebe, Martha, and Cassie—four girls who keep her from going over the edge. Together, they'll hold on to their sanity and their sisterhood despite the bleak Red Rock reality.
I loved Foreman's If I Stay, it actually one of my favourite book ever, and I've just bought the sequel Where She Went.  So when I saw she had another book out, I knew I had to add it straight onto my wishlist!  And it looks really, really good.

Well, that's my Wishlist for the week.  Nice variety there.
Anyway,
What are you wishing for?
Posted by TheBookAddictedGirl at 06:32

Email ThisBlogThis!Share to TwitterShare to FacebookShare to Pinterest
Labels: Book Chick City, Extras, Meme, On My Wishlist, On My Wishlist #12, Wishlist

I have Shade on my Nook, just haven't read it yet. Like the blog. New follower. Interesting choices.

Amazing choices this week! I now badly want to read all 5! SIS sounds brilliant, as does If I Stay.

I'm a new follower, I love how bright and colorful your blog is. We seem to have similar taste in reading, too. Here's my Wishlist: http://aturnofpage.blogspot.com/2011/05/on-my-wishlist-no-3.html. Cheers!

Oooo Shade and the Raising look ace! :D will have to add them to my list!

Love your blog! Its so pretty and your taste in books looks awesome! :D - new follower! :D

This week I actually crossed more wishes off my list than I added. Come see what I've read.

The Raising is supposed to be an amazing book, it's got brilliant reviews everywhere and it's definitely on my wishlist.

I've read both good and bad reviews for The Raising and am now really intrigued myself. I'm really looking forward to reading it at some point soon! These all sound great.

'Shade' is amazing! I loved it, and I think 'Shift' was even better. I absolutely cannot wait for the 3rd book, even though it's basically a year away, haha.

Grace: Thanks for the follow! You'll have to tell me if it's any good. :)
Cliona: Doesn't it? Glad I found something for you to add to your 'wanted' list! :)
Kristyn: Captain Jack is the best! I'd be worrie about the people who don't love him! ;) Thanks! Your blog is beautiful! ^.^
Raimy-Raw: Don't they? Thank you! I'm going to go follow you back!
Pussreboots: I love crossing wishes off my list! Nothing better!
Hanna: It does look amazing, doesn't it. (:
Samantha: It looks good! Thanks! :)
Ashley: Shade looks *awesome*! I really want to read it!