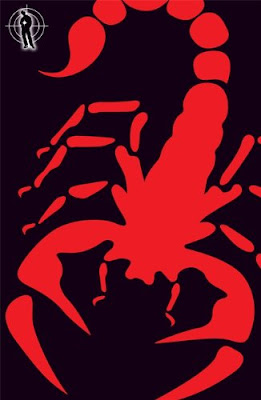 Series: Alex Rider, Book Nine
Publisher: Walker
Format: Paperback
Published: 31st March 2011
Number of Pages: 448
Book: Bought
Genre: Spy, Thriller, Action, Adventure, Suspense, YA, YA-Adult Crossover, YA-Child Crossover
Recommended Age: 12+ (Though William, who’s nine, is reading it after me)
Contains: Lots of Violence, Mild Swearing, Death, Smoking References, Strong Emotions
No Alcohol, Drug References
Synopsis From Blurb:
Alex Rider wants his life back.  But when you're the world's most successful spy, there's only one way out.  Alex's final mission will be the deadliest of all.
One bullet.  One life.
The end starts here.
Review:
After over ten years, the final Alex Rider has arrived.  And I can honestly tell you, Anthony Horowitz did not disappoint.
Five months have passed since we left Alex after his adventure in Crocodile Tears, and he’s just a normal teenager now, with no connections to the world of the spies and MI6, who have promised never to use him again.  They have kept their promise and for the first time in one long year, Alex feels safe, ordinary.
MI6 may have seemingly forgotten him, but Scorpia most certainly have not.  They were beaten twice by this single, fifteen-year-old boy, and their reputation is in ruins.  Now they’re back, with a brand new mission: To create a situation in which the British Government will be in fear of a scandal that will lead them to being cut of from the rest of the world.  Something so horrifying, so shocking, that no one will want anything to do with the British for years to come.  And the name of this scandal?  Alex Rider…
A sniper at school, a crashed helicopter.  Alex is in danger – again.  MI6 are more than happy to take him and Jack to safety until everything is safe again.  Of course, there is one condition…
I can’t believe this is the end of Alex Rider.  I’m truly going to miss these books, with their break-neck speed and non-stop action.  And as for the characters, well, Horowitz is the master at character development, and for creating believable ones that are at the same time often extraordinary.  Admittedly, this wasn’t the best of the series, but it had that same addictiveness, that same action.  And it was also the most emotionally powerful of the nine, as well as more serious.  I think
Alex has grown up so much: no more is he the innocent, confused boy he was in Stormbreaker, he’s now a damaged fifteen-year-old.  He’s still brilliant, and his instincts are breath-taking.  But Alex is legally still just a child, who is still searching for a home, a purpose, somewhere to fit in.  And from the start, I was hoping he would.  I really love Alex Rider.  I honestly have no idea how Horowitz managed to create such a unique, amazing character, so far apart from us, yet so relatable.
As for the supporting cast: amazing.  Jack Starbright (I love her too!  She truly loves Alex, and would do absolutely anything for him); Smithers (gotta like the guy, with his “fast waddle”, mad inventions and great sense of humour); Scorpia; and a second, familiar face from the past, one that surprised me.  Just amazing.
The ending… I knew something bad would happen: I read it on Goodreads somewhere.  I was fairly sure of what it would be.  But I still cried when ‘it’ happened.  Horowitz didn’t end it happily ever after.  Alex Rider was always very much down-to-earth, based on true life.  Very rarely are there happy-ever-afters for teenage superspies.  And yet I still wish he’d had one.
I have loved this series, read every single one of the books, even have them on Audio CDs.  So this was bittersweet; more bitter than anything else.  I’ll miss this series.
Star Rating:
4½ Out of 5

Read this book if you liked:
Cherub by Robert Muchamore
Percy Jackson by Rick Riordan
The Power of Five by Anthony Horowitz
Challenges It's Taking Part In:
100 Books in a Year Reading Challenge 2011 (Hosted by Book Chick City)
British Books Challenge (Hosted by The Bookette)
Happy Reading
Megan
Posted by TheBookAddictedGirl at 09:40

I'm ashamed to admit I haven't read this series! But next time I go to the library, I WILL get Strombreaker! Thanks for this wonderful review :)

This actually looks quite intriguing. thanks for sharing! Don't be a stranger; stop by my blog and say hi! I'm not sure if we're fellow followers, but I follow you!

Looking forward to hearing back from you,
Cory @ Anti-Drug Reads

Wow, I would love to read this series sometime... if only I could find the time. I had no idea there were 9 books in the series. It's so nice when a conclusion to a series does not disappoint.