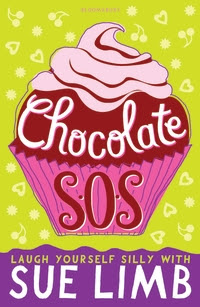 Read this book if you liked:
Jess Jordan Series by Sue Limb
Confessions of Georgia Nicolson by Louise Rennison
Gallagher Girls by Ally Carter
Or Anything by Sarah Dessen, Meg Cabot or Jacqueline Wilson
Challenges It's Taking Part In:
Happy Reading

I haven't read those books in so long, I really want to read this next one now! Great review!

Twitch: Thank you! If you want to read it, check out Sue's guest post - there's a giveaway goin' on!