Now, it being New Year, I asked my friend Sammee (I Want To Read That) if she could think of some books I have to read this year.  These are a few from the list, all of which I really want to read now!  Thanks Sammee! 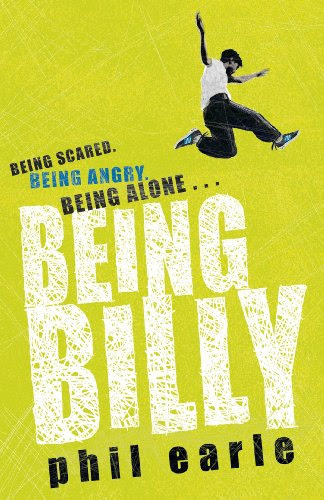 Being Billy
By: Phil Earle

Published: 6th January 2011
Published By: Puffin
Found: Through Sammee (I Want To Read That)'s Suggestion
Synopsis From Goodreads:
Faces flashed before my eyes. And for every face there was a time that they had let me down. Each punch that landed was revenge, my chance to tell them I hadn't forgotten what they did. Eight years in a care home makes Billy Finn a professional lifer. And Billy's angry - with the system, the social workers, and the mother that gave him away. As far as Billy's concerned, he's on his own. His little brother and sister keep him going, though they can't keep him out of trouble. But he isn't being difficult on purpose. Billy's just being Billy. He can't be anything else. Can he?
I have the second book by Phil Earle Saving Daisy that I can't wait to read, and I've seen great reviews about his one all over the blogworld.  And as Sammee suggests it: right up the wanted list!

Texas Gothic
By: Rosemary Clement-Moore
Published: 12th July 2011
Published By: Random House
Found: Through Sammee (I Want To Read That)'s Suggestion
Synopsis From Goodreads:
Amy Goodnight's family is far from normal. She comes from a line of witches, but tries her best to stay far outside the family business. Her summer gig? Ranch-sitting for her aunt with her wacky but beautiful sister. Only the Goodnight Ranch is even less normal than it normally is. Bodies are being discovered, a ghost is on the prowl, and everywhere she turns, the hot neighbor cowboy is in her face.
Everytime I go into Waterstones, I hover over this book, picking it up and reading the blurb.  Due to tight budgets, I always have to put it back down.  But, again, it was on the list, so it's goin' up as a priority buy!

Deadly Cool
Series: Deadly Cool, Book One
By: Gemma Halliday
Published: 11th October 2011
Published By: HarperTeen
Found: Through Sammee (I Want To Read That)'s Suggestion
Synopsis From Goodreads:
Hartley Grace Featherstone is having a very bad day. First she finds out that her boyfriend is cheating on her with the president of the Herbert Hoover High School Chastity Club. Then he's pegged as the #1 suspect in a murder. And if that weren't enough, now he's depending on Hartley to clear his name. Seriously? Not cool.
But as much as Hartley wouldn't mind seeing him squirm, she knows he's innocent, and she's the only one who can help him. Along with her best friend, Sam, and the school's resident Bad Boy, Chase, Hartley starts investigating on her own. But as the dead bodies begin to pile up, the mystery deepens, the suspects multiply, and Hartley begins to fear that she may be the killer's next victim.
Love the sound of this one!  Murder mystery: my favourite!  I really want it now!! 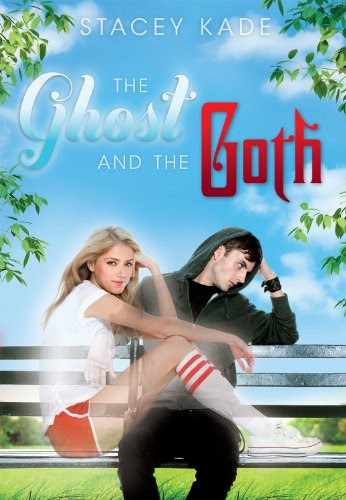 The Ghost and the Goth
Series: The Ghost and The Goth
By: Stacey Kade
Published: 10th May 2011
Published By: Hyperion
Found: Through Sammee (I Want To Read That)'s Suggestion
Synopsis From Goodreads:
After a close encounter with the front end of a school bus, Alona Dare goes from Homecoming Queen to Queen of the Dead. Now she’s stuck as a spirit in the land of the living with no sign of the big, bright light to take her away. To make matters worse, the only person who might be able to help her is Will Killian, a total loser outcast. He alone can see and hear (turns out he’s been “blessed” with the ability to communicate with the dead), but he wants nothing to do with the former mean girl of Groundsboro High.
Alona has never needed anyone for anything, and now she’s supposed to expose her deepest, darkest secrets to this pseudo-goth boy? Right. She’s not telling anyone what really happened the day she died, not even to save her eternal soul. And Will’s not filling out any volunteer forms to help her cross to the other side. He only has a few more weeks until his graduation, when he can strike out on his own and find a place with less spiritual interference. But he has to survive and stay out of the psych ward until then. Can they get over their mutual distrust—and the weird attraction between them—to work together before Alona vanishes for good and Will is locked up for seeing things that don’t exist?
I've seen so many good things about this book!  And this blurb has made me think I may have to get my hands on a copy!  :D

Thanks Sammee for all the book suggestions!  :D
What's on your wishlist this week?
Posted by TheBookAddictedGirl at 07:15

Email ThisBlogThis!Share to TwitterShare to FacebookShare to Pinterest
Labels: Extras, Meme, On My Wishlist

The ghost and the goth looks like a fun idea. I love some these covers too. Yummy selection. X

hope u get them soon

Your welcome lol. I do think you will love them when you get them :D