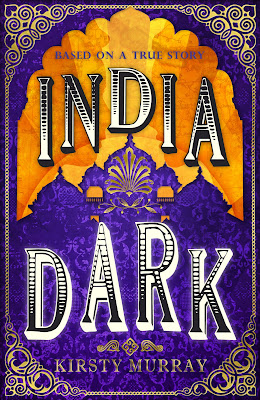 Publisher: Templar
Format: ARC
Published: 1st January 2012
Number of Pages: 336
Book: For Review*
Genre: Historical, Realistic-Fiction, True-To-Life Fiction, Thriller-Suspense, Action-Adventure, Mystery, YA
Recommended Age: 12+
Contains: Violence, Death, Mild Swearing
No Alcohol, Drug References
Author's Site: Kirsty Murray
MADRAS, 1910: two girls are caught up in a scandal that will change their lives forever. Singing and dancing across a hundred stages in a troupe of child performers, they travel by steam train into the heart of India. But as one disaster follows another, money runs short and tempers fray. What must the girls do to protect themselves, and how many lives will be ruined if they try to break free?

Read this book if you liked:
Children of the Wind by Kirsty Murray
Anything by Celia Rees or Mary Hooper
Annexed by Sharon Dogar
Before We Say Goodbye by Gabriella Ambrosio
Challenges It's Taking Part In:
100 Books in a Year Reading Challenge 2012 (Hosted by Book Chick City)
Happy Reading
Megan
* This book was received from Templar in exchange for an honest review
Posted by TheBookAddictedGirl at 00:01

Great review, I totally agree. Looking forward to your blog tour spot tomorrow, mine is today ;)